☛ Of Cricket, and How Fast Bowling is About More Than Speed

It has been too long on this website with not a mention of cricket. To remedy that, here is essential reading by Cameron Ponsonby at ESPNCricinfo on how fast bowling speeds are only a portion of the feel of a fast bowler’s pace:

It is very easy to think of facing fast bowling as primarily a reactive skill. In fact, read any article on quick bowling and it will invariably say you only have 0.4 seconds to react to a 90mph delivery.

But what does that mean? No one can compute information in 0.4 seconds. It’s beyond our realm of thinking in the same way that looking out of an aeroplane window doesn’t give you vertigo because you’re simply too high up for your brain to process it.

However, the reason it’s possible is because, whilst you may only have 0.4 seconds to react, you have a lot longer than that to plan. And the best in the world plan exceptionally well.

When the ball arrives to you, as the batter, literally faster than you can react to the ball, how fast a ball feels has way more to do with diversity between bowlers than the raw pace on the ball.

Another interesting piece by Ponsonby talks about data analytics in cricket. As Ponsonby mentions in his fast bowling article, cricket only dabbles in data analytics when compared to, say, baseball, where the analytics have been taken to another level altogether.

I think I’m okay with the balance that cricket has with its data analytics: I would rather have the analytics being fascinating reads for the fan, and an influence on the coaches/players, without their becoming all that anyone cares or talks about. I sometimes feel like the innate skill and art of sport gets lost in baseball. Makes for great reading though!

India wicketkeeper Wriddhiman Saha was at the very top of his game during India’s second Test cricket match against South Africa. Usually, wicket keepers are invisible when they do their job well—they’re just there to catch or stump the batsman out thanks to the bowlers’ efforts. This time, though, Saha’s brilliance was plainly evident even on the highlight reel. 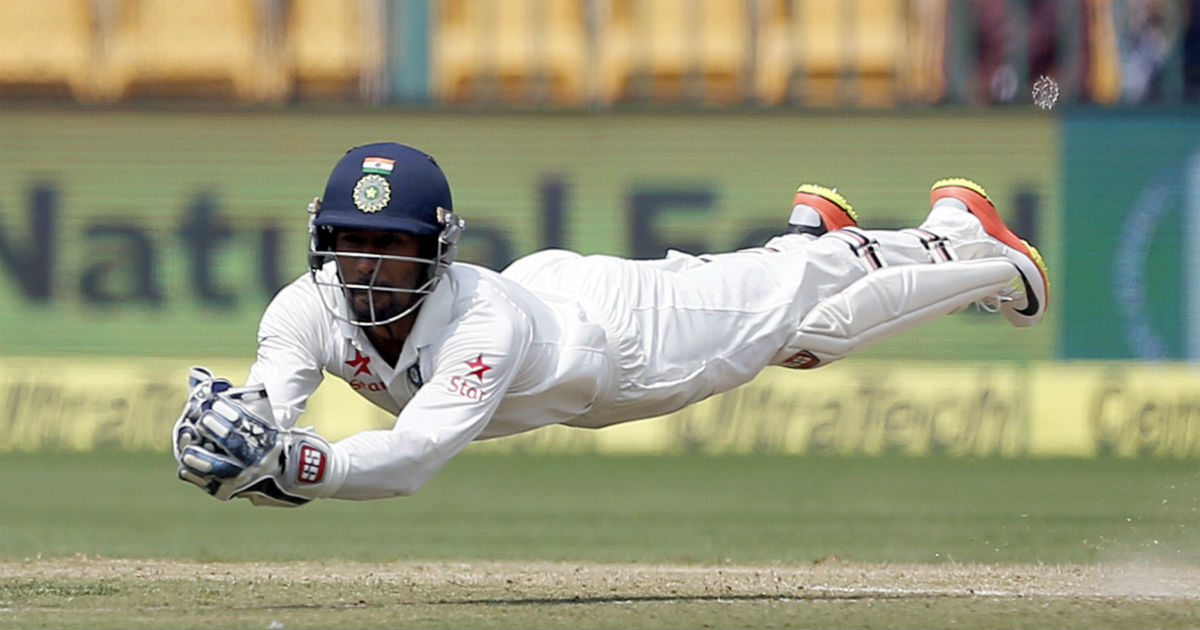 Saha’s keeping is a thing of beauty (via cricketaddictor.com).

Saha has been India’s best pure wicketkeeper for a while now. For the majority of his career he was in the shadow of the great MS Dhoni; more recently, Saha’s injury has allowed the precocious but evidently still raw Rishabh Pant a sniff at the top job. It’s good to finally see Saha back in action. Saha may not be as exuberant as Pant, but he can certainly bat. After this latest Test and in comparison with Pant’s work in the past year, there should be no debate at all regarding Saha’s place as India’s first choice keeper.

Welcome back, Wriddhiman! Having him behind the stumps adds beauty to the game.

☛ FIFA updates its ethics code… to fight defamation, not corruption

FIFA has officially eradicated corruption. All it took was pressing the delete key.

Soccer officials and players who bother checking out the new code of ethics governing their conduct will find the word “corruption” missing. They also will discover how to avoid being banned for paying and receiving bribes.

It seems that the lesson that FIFA took from their massive corruption scandal is that they need to run a tighter ship in terms of information about the corruption getting out.

Related, they have also previously addressed racism in the sport by disbanding its anti-racism taskforce, declaring that it had “completely” fulfilled its mission. “Completely”; meanwhile, task force member Osasu Obayiuwana had this to say:

“I wish I could say that I am shocked by the decision, but unfortunately I am not. The problem of racism in football remains a burning, very serious and topical one, which need continuous attention.”

What would you bet that the next FIFA scandal won’t be too far away, however much they declare defamation of the body to be a punishable offense?

☛ Muhammad Ali is no more

A great fighter—“The greatest ever”—but he was so much more than that.

[…] as a young heavyweight champion he converted to Islam and refused to serve in the Vietnam War, and became an emblem of strength, eloquence, conscience and courage. Ali was an anti-establishment showman who transcended borders and barriers, race and religion. His fights against other men became spectacles, but he embodied much greater battles.

Also, these are must watch, if you haven’t seem them already:

Of Cricket, Mankad-ing, and the Spirit of the Game

The Under-19 cricket world cup is on, and there has been a lot of controversy about a West Indies bowler running a Zimbabwean batsman out as he came in to bowl. Colloquially, this is called ‘Mankad’-ing, and some people view this form of dismissal as “not quite done”. As it happens every time, lots of people are talking about “spirit of the game” and “no warnings issued to the batsman”.

I think those people are in the wrong.

What would these same people say when a bowler gets a wicket, but his heel is found to be where the bat is spotted in our case? “Spirit of the game”, and give the batsman out? “Give a warning to the bowler”, and give the batsman out? No, of course not, because the rulebook says some part of the bowler’s foot must stay behind the line. The bowler made a mistake, and is penalized for it.

Well, guess what the rulebook says in this case.

Also, to be clear, backing up itself is not illegal; backing up too early is. ICC playing conditions says that the bowler may attempt this dismissal only if he has not completed his delivery swing. So, in effect, once the bowler is in the middle of rolling his bowling arm over to bowl, the bowler can no longer run the batsman out, and the batsman is free to start backing up.

In my opinion, “spirit of the game” issues should only come up when a) the fielding side resorts to subterfuge, or b) it is “obvious” that the batsman is not attempting to take an advantage, and is behaving as if the play is dead. For examples of this second case, see:

In our present case, the batsman was definitely attempting to take advantage, and his opponent ran him out perfectly legally. The batsman made a mistake, and was penalized for it. What’s wrong with that, and what’s all this about giving the batsman a second chance?!